2019: Small Businesses, their Performance and Concerns 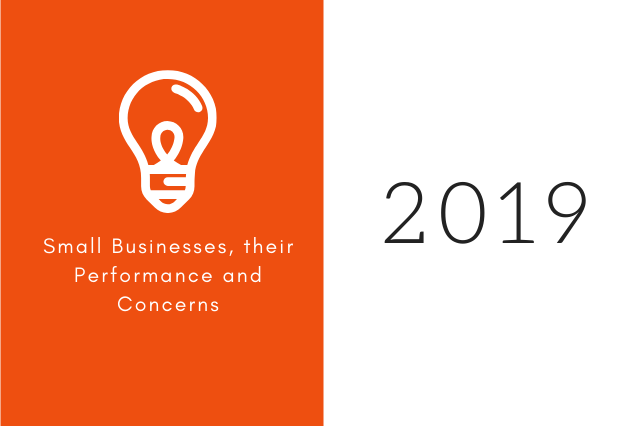 The Joys and Difficulties of being a Small Business Owner

Many small business owners started their business to put their dreams and passion into practice, bringing their ideas into reality for the world to enjoy. Happiness and fulfilment is easier to achieve in a job where you let your passions flourish into a career. In fact, according to the annual Shop Small Report by American Express, 55% of small business owners are extremely satisfied with their lives, loving the fact they could maintain a healthy work/life balance, control their own destiny, and find fulfilment in their daily lives.

However, as rewarding as being an entrepreneur can be, it’s well-known that generating enough profit to be financially successful is difficult, as well as keeping up with changing economic and technological trends in an increasingly frenetic world. The constant stress to stand out from the crowd is a straining process is one of the main troubles for business owners.

However difficult it may be, it’s undeniable that many small businesses are the lifeblood of their community, contributing back through wages and salaries, donations to local causes and charities, and keeping the local spirit thrive with character. Collappor8 is a Corporate Sponsor for the Canterbury Bankstown Chamber of Commerce. Collappor8 joined when it opened its doors in Bankstown Flinders Centre part of the Bankstown Sports Club expansion. When we met Wally Mehanna and saw his passion and heard his plans we knew we needed to a part of it. Being an active member of the CBCC has been incorporated in our mission, and we will continue to reach out and give more value to our communities as our means permit.

2019 had a difficult economic climate that has created less confidence than last year for many small business owners in their continued success and growth, and the statistics and sentiments of business owners nationally reflect this period of difficulty. 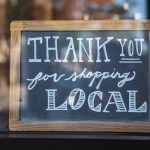 According to Amex’s 2019 Report that interviewed more than 800 Australian small businesses, small businesses were more likely to enjoy revenue growth when looking at overseas ventures – unsurprising since Australia has the highest growth in all the OECD countries for export volume, up by 55.8%  from 2016.  But this also exposes businesses to more risk, as revenue decrease was also reported significantly higher for those operating in foreign countries (24%).

The sentiment in small business owners for their continued success is a little lower compared to past reports by Amex. When rating the overall success of their business only 7% reported that they were ‘extremely good’, down 4% from last year.

12% indicated that their revenue had decreased, 24% of those from those operating in foreign countries, and 22% from businesses who had been in business for 10-20 years.

Despite the reports that small businesses have been struggling to grow in the Australian economic climate, consumers thinking that small local businesses are ‘doing it tough’ dropped to 73% from 80% in 2018.

Economic conditions in Australia weighed on the confidence of small businesses in 2019 – despite tax cuts, grants and benefits are still stuck behind a high wall of confusing legislation with many entrepreneurs unknowing of how to access them, and domestic spending has been low. In addition to that, there’s also a fast-growing concern of keeping up with the effects of technology (27% last year to 41% in 2019). In fact, one in four businesses struggles to adapt and thrive in the midst of all the technological disruption occurring in the business sphere.

This creates lesser confidence in small business owners to expect growth in the next financial year – 61% in comparison to 66% in 2018. 22% predicted that they will have no change in revenue at all, while 17% predicted they will have revenue decline instead, up from 12% in 2018. This is especially harsh in NSW, as approximately ½ of NSW small businesses didn’t expect any growth at all.

A future-proof, sustainable business is hard to plan out as a business owner when you have a million other things to focus on to keep your business running the way you want it.